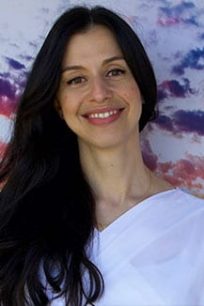 Carolina graduated from the University Complutense of Madrid, one of the oldest in the world, in 2006. She moved shortly after to Oxford (UK), where she worked as a general dentist and undertook further studies in restorative dentistry, prosthodontics, and implants in London, Manchester, and France. During this time, she gained membership of the Royal College of Surgeons (UK) and passed the British Academy of Restorative Dentistry exams.

In early 2013 she settled in Melbourne and while working in private practice, she completed a part-time diploma in clinical dentistry in the field of implants at The University of Melbourne. Carolina also received her prosthodontics specialist training and degree at Melbourne University.

Carolina is a clinical demonstrator for undergraduate dental students and has lectured in Melbourne and regional Victoria for the Australian Dental Association. She particularly enjoys implant prosthodontics and makes her mission to deliver carefully tailored treatment in the most relaxed and gentle manner.

On a personal note Carolina is a staunch foodie, avid traveller and loves to paint.